PITTSBURGH – Residents of the thirteen-county area around Pittsburgh see the region’s air and water as either improving or staying stable, with only a small number suggesting a decline, according to the inaugural Pittsburgh Works Regional Reaction Poll. 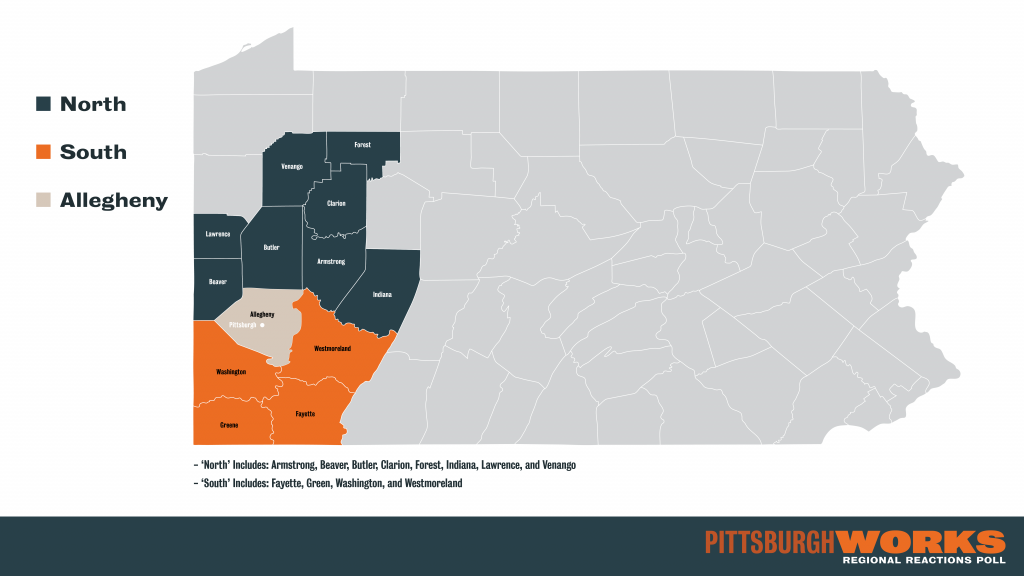 Nearly twice as many people believe the region’s air quality has improved than believe it is getting worse.

Among those who believe water quality has declined, 49 percent blame the aging water system’s lead pipes, with another 13 blaming overflowing municipal sewage systems leaking into the rivers. 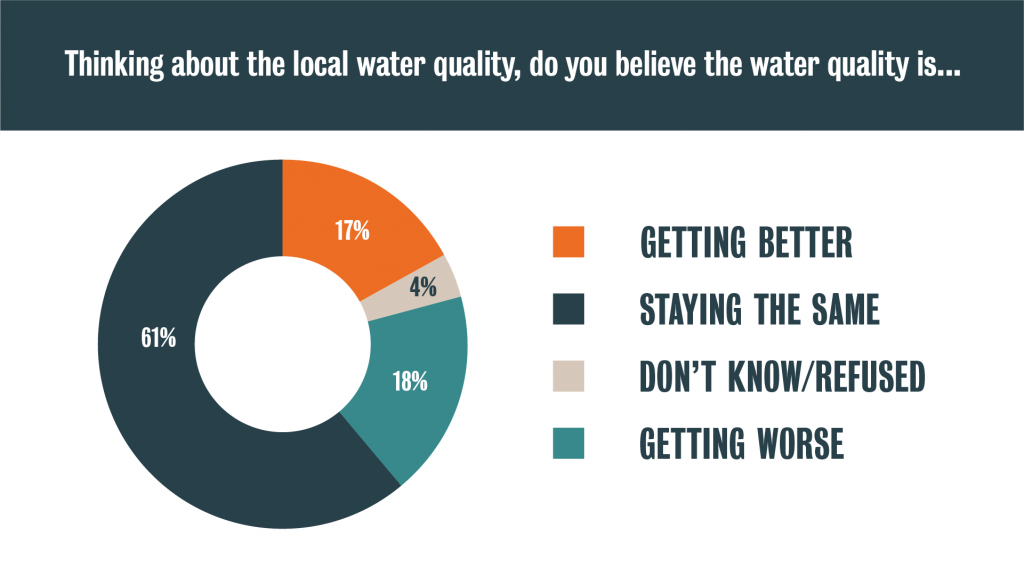 Among those surveyed, 13 percent pointed to “local industries,” and 12 percent natural gas extraction. 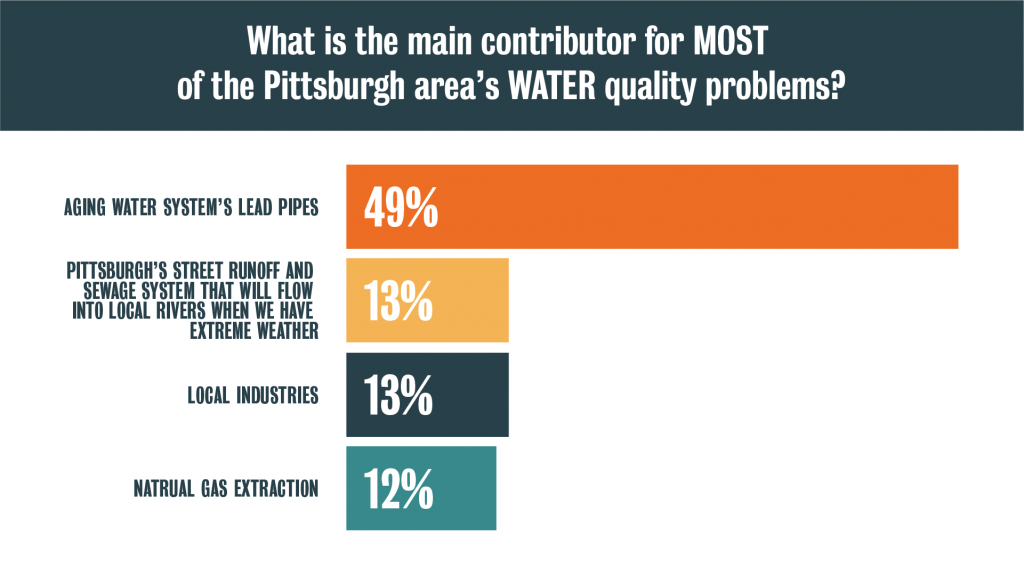 Those polled expressed an optimistic view about the region’s air quality, with 34 percent saying it was improving, and 48 percent seeing no change. Only 18 percent suggested that the air is getting worse. 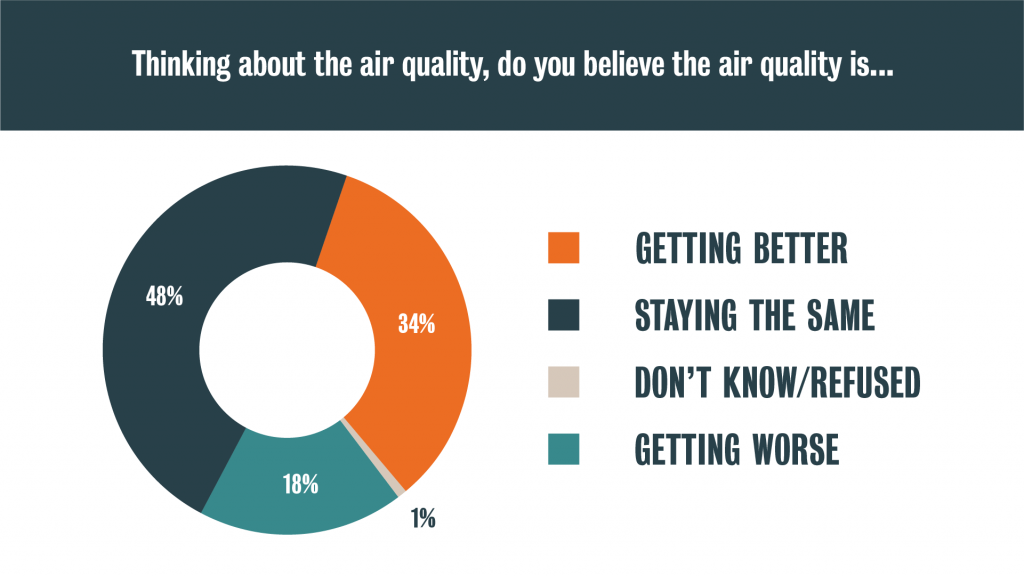 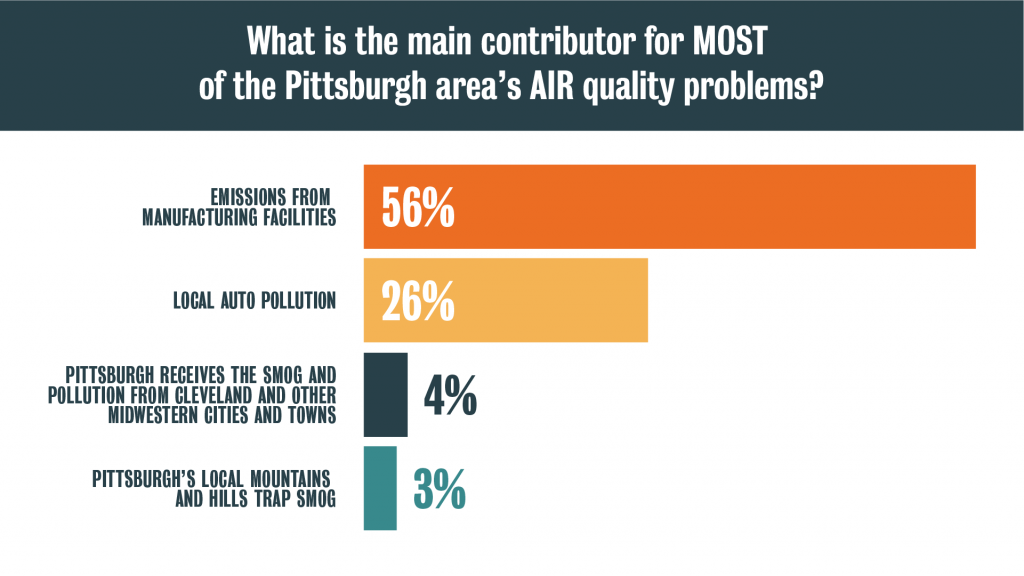 “EPA data show that the region’s air has improved considerably over the past 10 years, and people recognize that. It’s clear that the general public in the region sees little decline in air and water quality, with an encouraging number saying the air and water have both improved,” said Jeff Nobers, executive director of Pittsburgh Works.

The findings, he said, suggest that, while most people in the region view the source of air pollution as heavy industry and manufacturing, a majority, 82 percent, either see the air quality staying the same or improving.

“I think it’s reasonable to draw a conclusion that people in our region are far less alarmed about air and water issues than advocacy and environmental groups would suggest,” Nobers said. “The poll tells us that people believe things are not perfect, but absolutely not dire.”

Public Opinion Strategies, a Washington DC-based research firm conducted a survey February 18-21, 2021.  The survey was conducted among N=500 voters.  The margin of error for a sample size of N=500 is +/- 4.38%.  The poll was conducted and overseen by Gene Ulm.  Daniel Luongo was the Project Director and Aminah Al-Jaber provided analytical Assistance.

Public Opinion Strategies is a political and public affairs research firm that was founded in 1991.  They have conducted over 10 million interviews with voters and consumers in all fifty states and over two dozen foreign countries.

About the Regional Reaction Poll

The poll is the first in what will be a series of on-going Regional Reaction polls, designed to gauge the sentiments and concerns of people throughout the region of southwestern Pennsylvania.  Pittsburgh Works will regularly conduct survey research to measure public opinion on issues of the economy and regional quality of life so that regional leaders can develop policies informed by an accurate and quantifiable gauge of public sentiment.