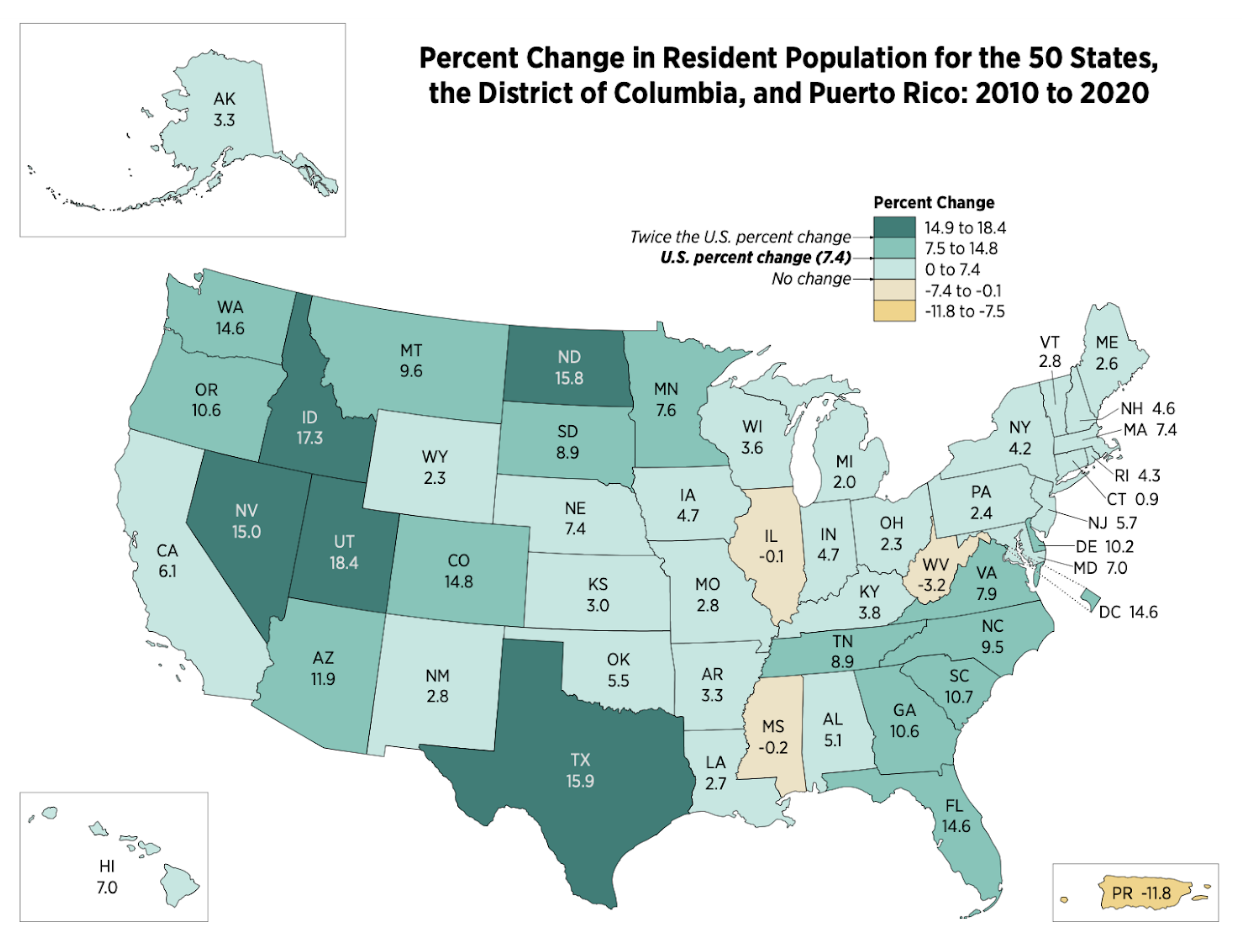 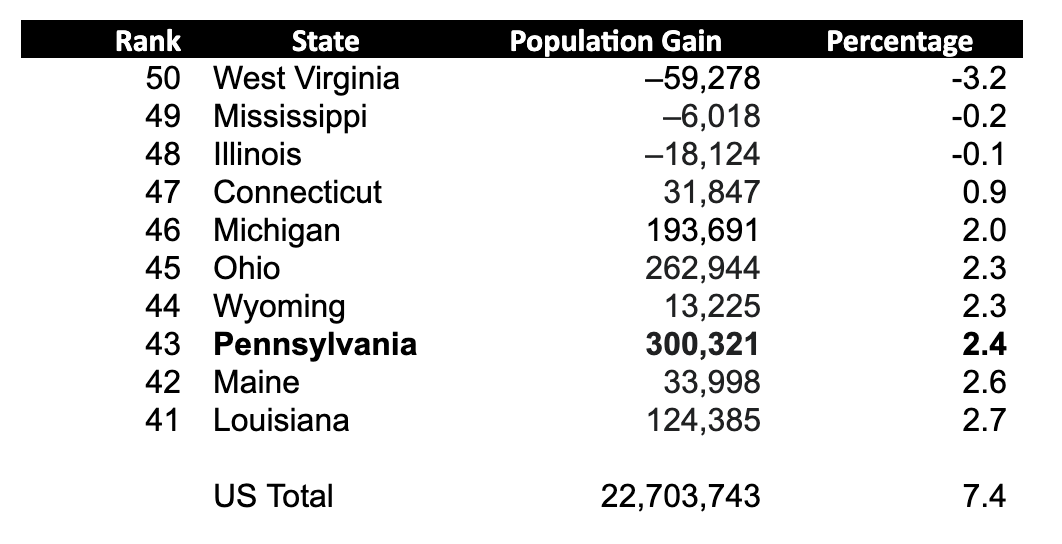 The Census Bureau’s population estimates throughout the decade identified Pittsburgh as one of a handful of metro areas among the 50 largest to lose population between 2010 and 2020. When the final numbers from the 2020 census were calculated, none of the 50 largest metros lost population, though Pittsburgh remained one of the slowest growing regions in the country. The seven-county Pittsburgh region was one of just three to grow by less than 1 percent, growing by 0.6 percent, ahead of Cleveland (0.5 percent) and Hartford (0.1 percent.) Eighty percent of the Top 50 metro regions grew by roughly 5 percent or more, including Philadelphia at 4.7%. 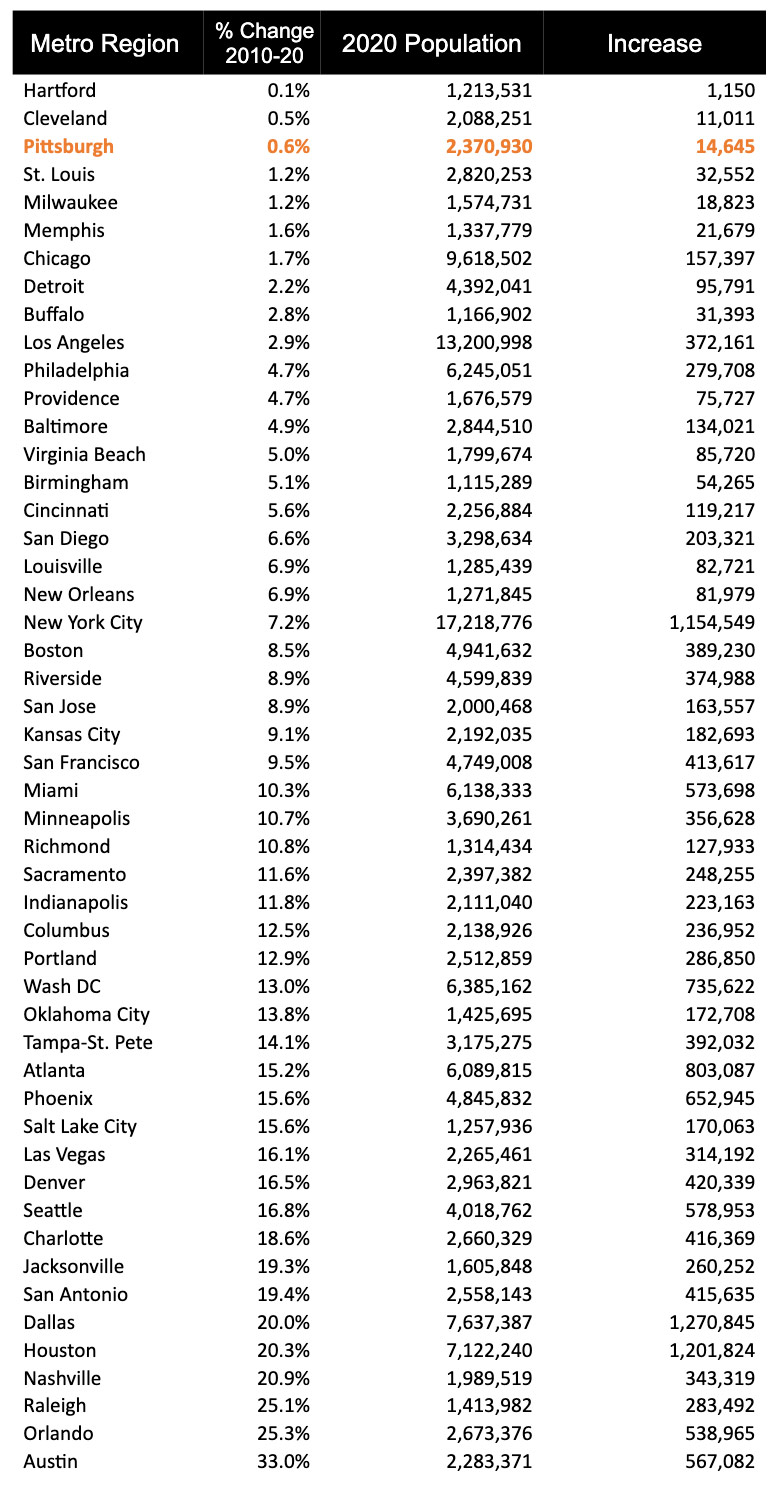 Pittsburgh’s population challenge is unique in the country. Population change is driven by two components:

Pittsburgh is the only region among the Top 50 where deaths outnumbered births by a significant margin between 2010 and 2020. This is a legacy of the outmigration of the 1970s and 1980s when families left the region looking for jobs. The children and grandchildren that otherwise would have been born here are instead living in Charlotte and Houston and elsewhere.

Between 2010 and 2020, 42,000 more people died in the region than were born, more than the combined population of Uniontown, Greensburg, and Butler. There was only one other region among the Top 50 where deaths outnumbered births in the decade: Buffalo, which suffered a gap of just 1,600.

This phenomenon means that Pittsburgh’s outlying counties are suffering from population loss unlike anywhere else in the country. There are 358 suburban/rural counties that are included as part of the 50 largest regions as defined by the federal Office of Management & Budget. Only 59 of them lost population during the decade.

Four of Pittsburgh’s six outlying counties landed on that list, and all of them were among the 20 counties with the largest population loss. 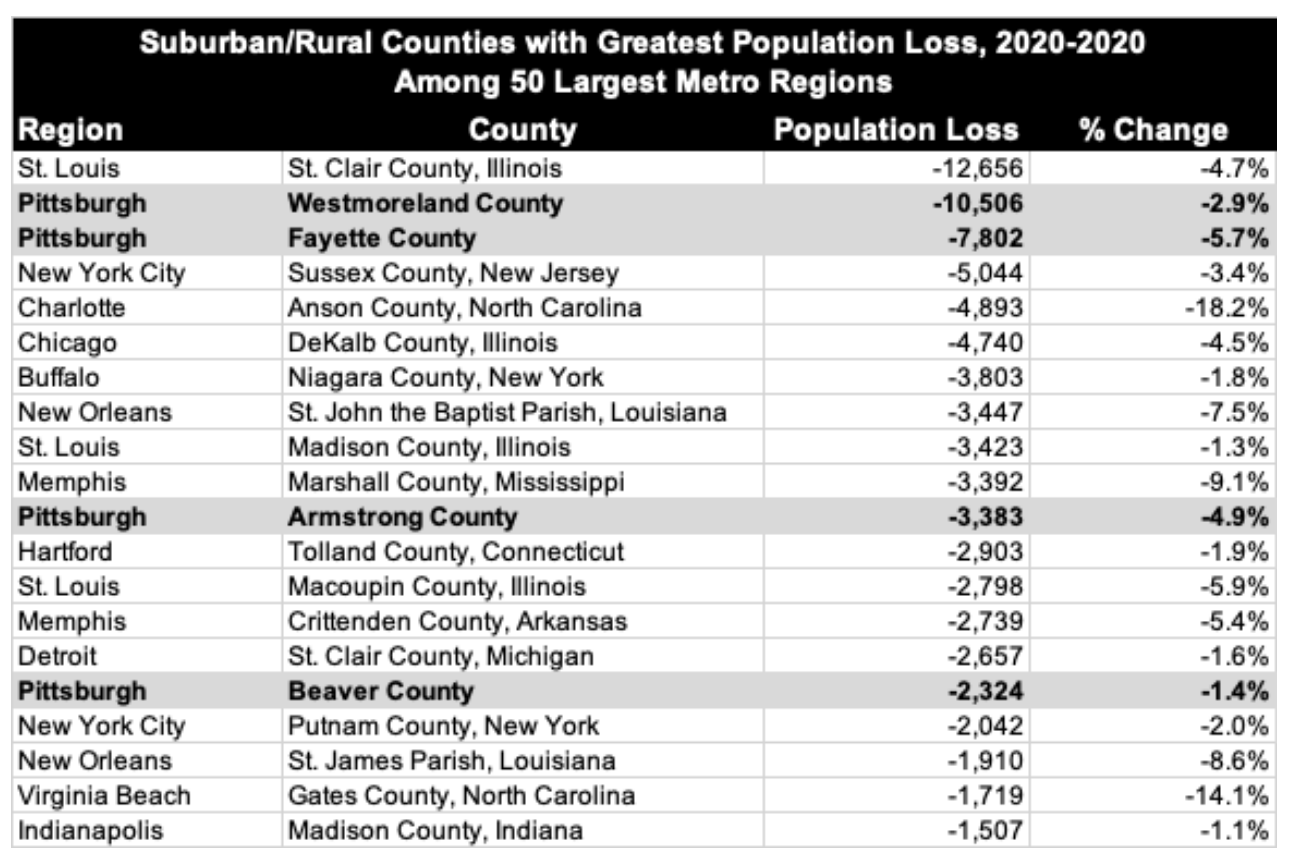 The Struggles Among Pennsylvania Counties

A similar population loss is playing out across most of Pennsylvania. Though the state gained population overall during the decade, 44 of the state’s 67 counties lost population during that time. Westmoreland lost the most people (-10,506) while Susquehanna lost the greatest percentage (-11.4%). 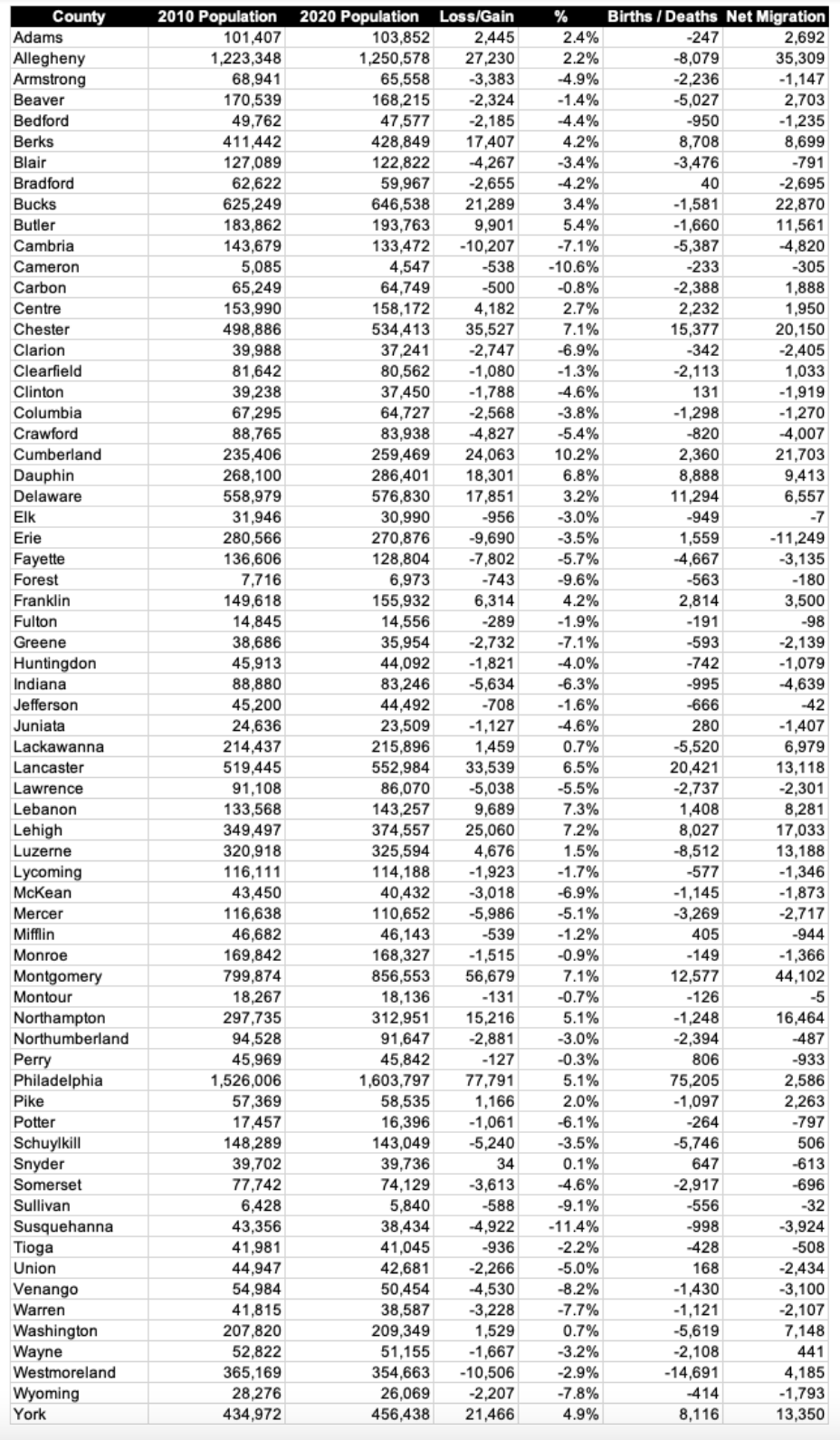 The birth-death dynamic accounts for much, but not all, of that population loss. Among Pennsylvania’s 67 counties, nearly six out of 10 had more people move out than move in during the decade. This indicates a lack of opportunity and dissatisfaction on behalf of current residents and prospective new residents.

But for some counties such as Westmoreland and Beaver, the population deficit created by the birth-death dynamic has been too large to overcome, even as more people are moving into those counties than moving out. To overcome that demographic challenge, opportunities will need to be so great that the counties become even more attractive destinations for prospective newcomers.

1 The Pittsburgh metropolitan statistical area is defined by the Office of Management & Budget as Allegheny, Armstrong, Beaver, Butler, Fayette, Washington, and Westmoreland counties.

2 The birth-death (natural change) numbers are taken from census estimates for the decade 2010-20 , combined with actual 2020 census counts to determine net migration numbers.