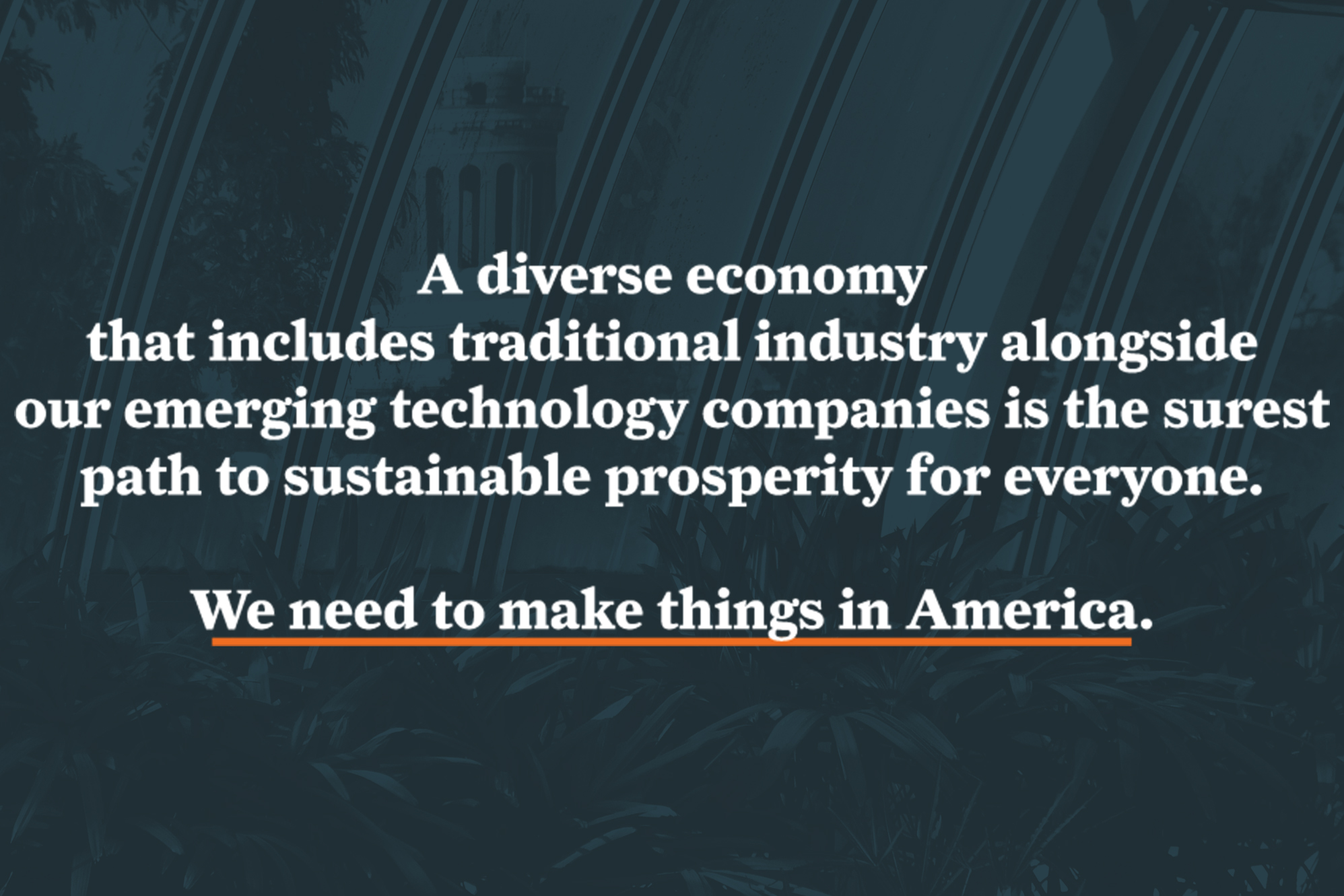 Create an overall business climate that is more welcoming to industrial investment, including advanced manufacturing and other job creators.

Companies want to go where they are welcome, and Pennsylvania must compete against other states to become the location of choice for companies looking to reshore their supply chains.

Businesses need fair, rational, and predictable rules under which to operate. The federal government and states across the country are looking at regulations that they can suspend during the COVID crisis to help jump-start the economy.

In May 2020, the executive branch of the federal government issued an executive order directing federal agencies to look to modify or waive regulations to spur job growth while still protecting public health and safety. “They should also give businesses, especially small businesses, the confidence they need to re-open by providing guidance on what the law requires; by recognizing the efforts of businesses to comply with often-complex regulations in complicated and swiftly changing circumstances; and by committing to fairness in administrative enforcement and adjudication,” reads the executive order, which also created a regulatory bill of rights outlining how federal agencies a regulatory bill of rights, outlining how federal agencies should be more transparent and thoughtful in enforcing regulations.

Pennsylvania should undertake a comprehensive review of regulations and procedures and streamline those that may have made sense at one time but now simply add red tape and discourage job creation.

The Tax Foundation ranks Pennsylvania’s business tax climate as #29 in the country. Its tax code has several provisions that actively work against investment by capital-intensive manufacturing and energy companies.

Most of the Tax Foundation’s highest-ranking states don’t levy a personal income tax, which applies to partnerships and other businesses. The top two states, Wyoming and South Dakota, don’t charge personal or corporate income taxes.

Yet two states that levy the same major business-related taxes as Pennsylvania rank among the most tax-competitive states, Utah (#9) and Indiana (#10). Over the past 10 years, Indiana and Utah have each increased their manufacturing job base by more than 22%. During the same period, Pennsylvania’s manufacturing jobs have grown by less than 3%.

One difference is that Pennsylvania has the third-highest corporate net income tax rate in the country (behind Iowa and New Jersey).

Another difference is that Pennsylvania is one of only two states (New Hampshire is the other) that limits the amount of business losses that can be used to offset future income taxes. This penalizes cyclical companies whose profits/losses vary widely from year to year as well as emerging technology companies.

Changes to the federal tax code in 2017 allowed capital equipment to be fully expensed in the year of purchase rather than over a period of years. This gives companies a greater incentive to invest and expand. Pennsylvania should align its tax code to mirror the federal provisions on expensing equipment, a major consideration for manufacturers considering expansion.

As companies move quickly to secure their supply chains and reshore manufacturing, the region must have a sufficient supply of sites where companies can start building quickly. That remains a challenge in the Pittsburgh region. As of June 1, Pittsburgh Prospector, the real-estate marketing database maintained by the Pittsburgh Regional Alliance to attract new investment to southwest Pennsylvania, showed only 20 pad-ready industrial sites of 25+ acres in the 10-county region, which is nearly as large as the entire state of New Jersey. Some counties show no inventory of large pad-ready sites.

The challenges of dealing with legacy industrial sites can also scare off investors and developers, though it is in the commonwealth’s interest to turn them back into productive assets.

Pennsylvania should ensure that industrial site development is given priority in capital investment programs. And the state should undertake efforts to streamline and consolidate processes for the permitting and remediation of old industrial sites. The goal should be to create a simpler, quicker process that eliminates duplicative administrative efforts. 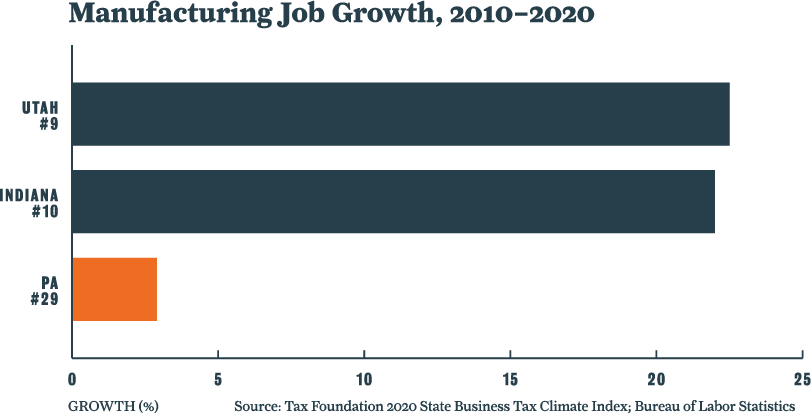