Clearing The Air 1.0 (February 2021) used EPA data and research by others to dispel the myth that the air in the Pittsburgh region is among the worst in the country. Rather, our air is pretty typical of that found in big-city regions around the country — better than in some places, worse than others. 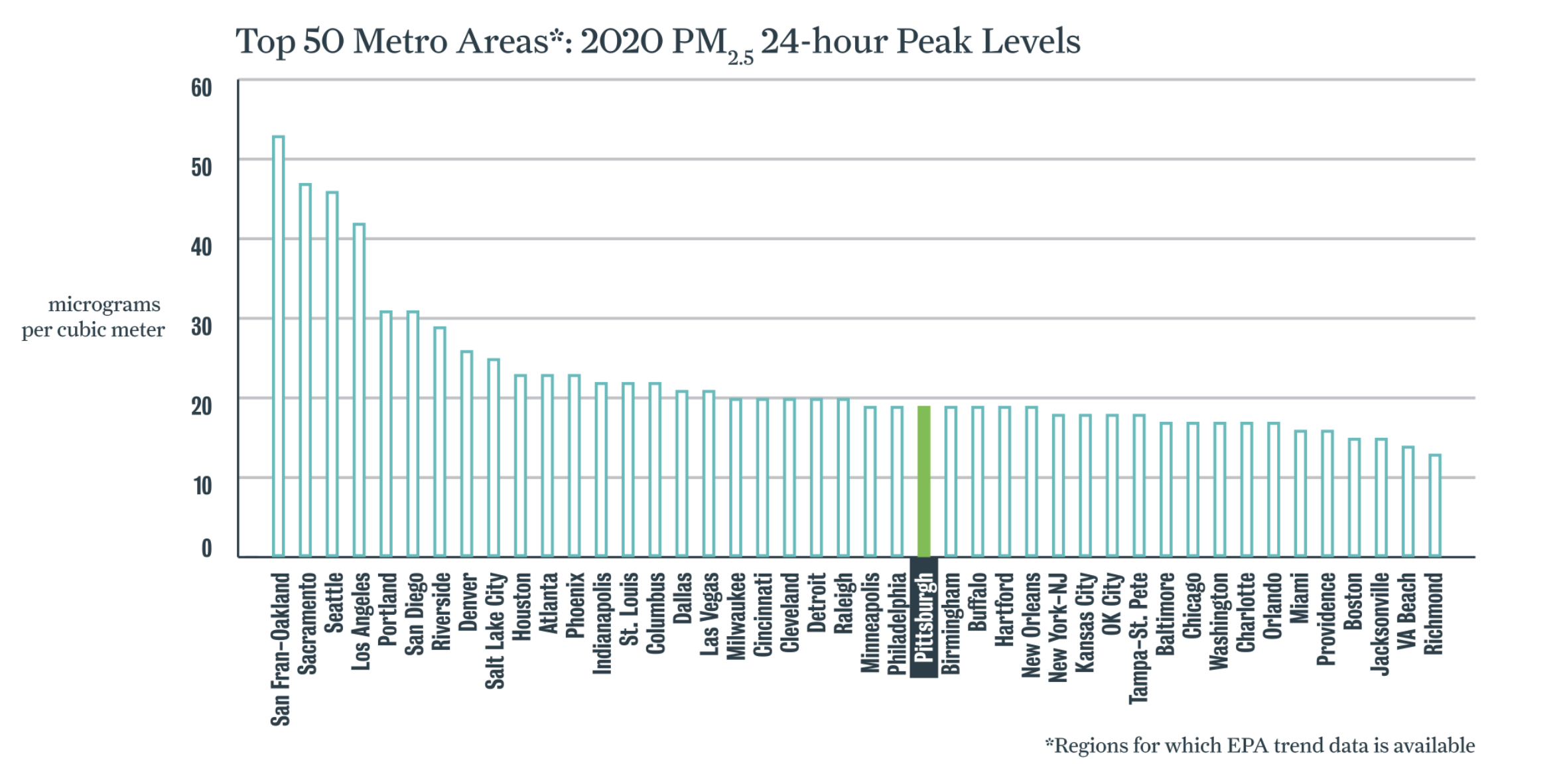 Yet even by PennEnvironment’s standard, the levels of PM2.5 and ozone in the Pittsburgh region are better than in most of the 50 largest metro areas in the country, the group found. This isn’t to say we should be content. There is still further work that can be done to improve air quality in the region. And there may be communities where the air quality tends to be worse than the region’s typical conditions.

But we need to act based on facts, not fear or feelings. Misunderstanding the nature of the region’s air quality can lead people to believe that they live in a uniquely bad community and are putting their health at risk unnecessarily. It can send an inaccurate message to people and companies considering living or investing in the region. And mischaracterizing the problem puts pressure on regulators and public officials to solve “problems” that some people think exist rather than those that actually do.