The headlines can hardly be avoided.

“Pittsburgh’s air quality is among the worst in the nation, study says.

But does reality justify the headlines? A Pittsburgh Work Together analysis of decades of data from the US Environmental Protection Agency as well as the studies and data that environmental activists use to justify their claims concludes:

There is still further work that can be done to improve air quality in the region. And there may be communities where the air quality tends to be worse than the region’s typical conditions.

But the overriding civic discussion has been one that assumes the overall air quality in the Pittsburgh region is exceptionally poor and unique to this area. That’s not the case. 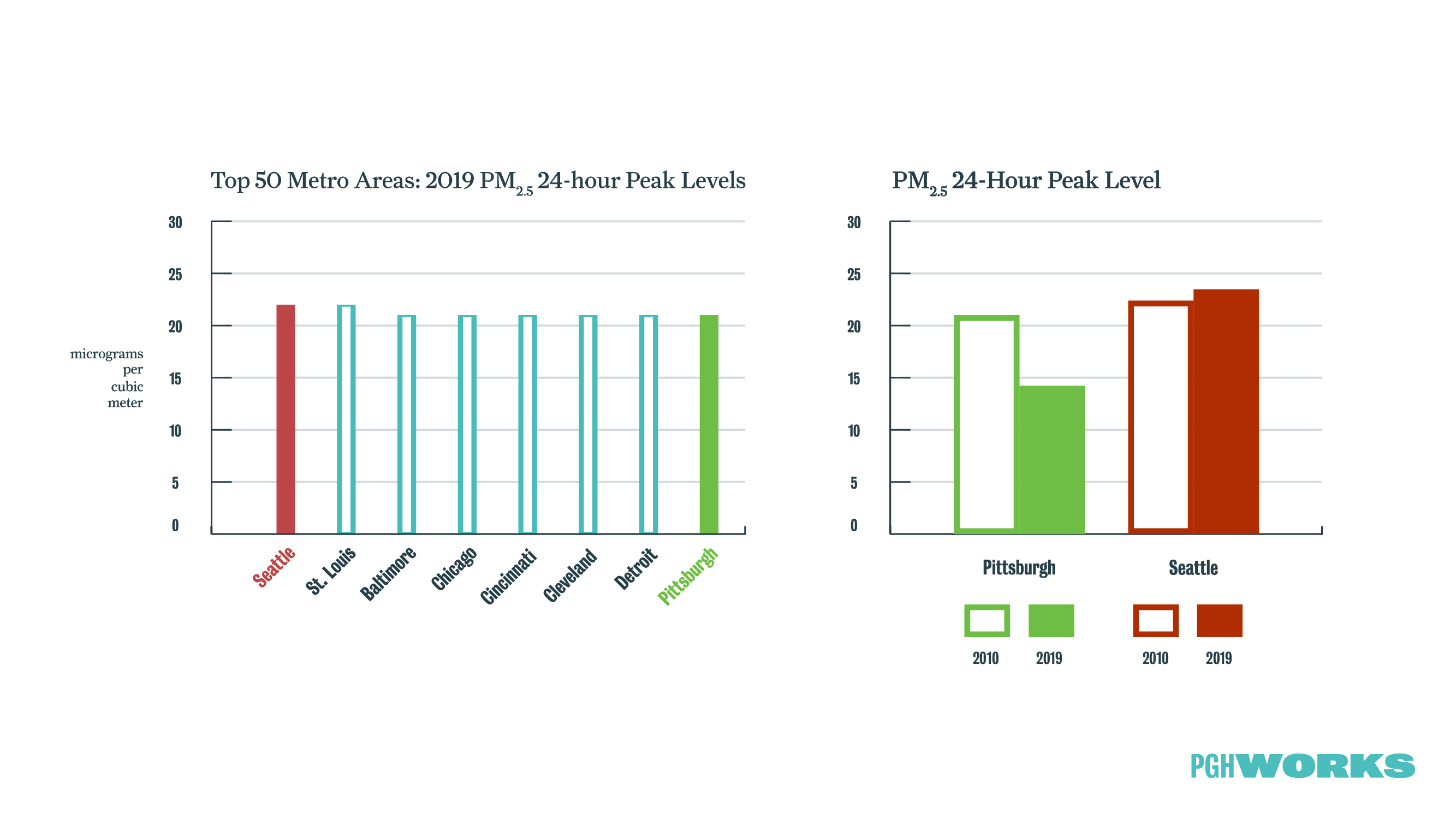 In the 2020 report Trouble in the Air, PennEnvironment highlighted the one-third of Americans who “regularly breathe polluted air that increases their risk of premature death, and can also trigger asthma attacks and other adverse health impacts.” The Pittsburgh region did not make that list.

When the Asthma and Allergy Foundation of America ranked the country’s 100 largest metro regions for asthma problems, it placed the Pittsburgh region at #54, between two-high risk corridors in the Midwest and along the East Coast.